Six First Nations communities have been working together on this project.  Their respective territories extend across the length of the trail, and their histories share the trail as a corridor of exchange, travel, and land use.  It is recognized that the trail itself is an archaeological feature set within the landscape and the sites along the route are testament to the long history of use that the route has seen.  First Nations' community members have stories from the trail that have been passed down from the ancestors, and they have stories of their own from the trail, about travelling between communities on horse back or wagon and their experiences along the way.  The knowledge gathered from elders and community members has been integral to the creation of this site.  The particpating communities are: 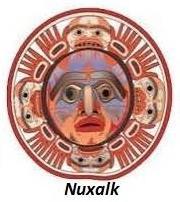 "The Nuxalk Nation is a small indigenous community of about 1300 individuals.  These people are from varous locations within Nuxalk Territory.  They amalgamated after the smallpox epidemic in 1862.  This territory is also known as Bella Coola Valley, a steep sided valley within the coastal temperate rainforest ecosystem of the central coast of British Columbia." 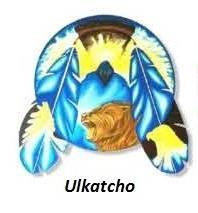 "The Ulkatcho People is a Dakelh First Nations government in the Canadian province of British Columbia.  It is a member of the Carrier-Chilcotin Tribal Council, with its offices located in Anahim Lake, British Columbia at the western edge of the Carrier-Chilcotin District.  The Ulkatcho government is responsible for 22 Indian reserves with a population of 1007 members living both on and off reserve.  Its people are of the Ulkatchot'en ethnic group, a subgroup of the Carrier (Dakelh).  Our territory includes a region known as the Chilcotin Plateau in the West Chilcotin and we are surrounded by mountains - the Itcha-Ulkatchuz mountains to the East and North, the Rainbow mountains to the west, and the Coast Range to the south.  With its green forests and miles of untouched natural splendor, Ulkatcho Territory is widely used by tourism operators, trappers, ranchers, guide oufitters, and other local entrepreneurs.  The name Ulkatcho is an anglicisation of Ulhk'acho, a village (now disused) on Gatcho Lake.  Ulhk'acho means "big bounteous plan", a place with bountiful fish, game, and other resources." 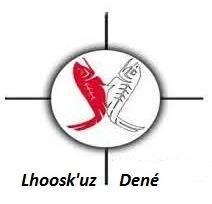 "Kluskus is an isolated community and located about 45 miles west of Nazko... The people of Kluskus used to live at a place called Lheghidli - meaning "where two rivers flow into each other", but they had to move because it was not an Indian reserve, but a trap line of one of the elders who passed on.  The people had all relocated to the reserve where it is now, 'Uskai Talbun Tl'at.  There are about 197 band members with approx. 100 people living there now.  The other 97 people live in town and other cities. 'Uskai Talbun Tl'at has a school, a health clinic, a generator building and approx. 12 log houses.  The school has two teachers, one elementary teacher and a Carrier language teacher.  The school has 10 to 12 students ranging from ages 5 to 13. The Kluskus band office is located in the town of Quesnel." 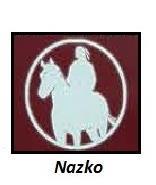 "Nazko has 19 reserves which were established by legislation in 1911. Three of the reserves, Baezaeko (Besikoh), Trout Lake (Bunchek) and Nazko (Chuntezn'ai) are inhabited by the membership. Total membership is approximately 407, about half of whom occupy Nazko's lands.  Nazko, IR #20, is the main reserve and is located 100 kms west of Quesnel on the Nazko Highway #59 in the interior of British Columbia. Known as the Gateway to the Nuxalk Carrier Grease Trail also know as the "Alexander Mackenzie Heritage Trail." Nazko is rich in First Nations and Ranching culture.  The Nazko people, part of the Carrier Nation, are included as the original inhabitants of the north-central region of B.C. since at least 2200 B.C.  Carrier country is vast, stretching 500 kms from the Coast Mountains in the west to the Rocky Mountains in the east, and 300 kms from Takla Lake in the north to the Chilcotin plateau in the south.  The terrain varies from the low, rolling hills along the Blackwater River in the south to the mountainous regions that border Carrier country to the west, north and east" 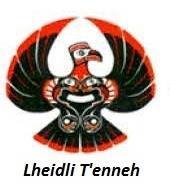 "The word Lheidli means "where two rivers flow together" and T'enneh means "the People."  Our traditional territory stretches over 4.3 million hectares, from the impressive Rocky Mountains to the beautiful interior plateau, including the City of Prince George. The Fort George Indian Band Reserve was first established in 1892 where the Fraser and Nechako rivers meet.  Downtown Prince George, neighbourhoods, and parks now reside on this site.  The history of our people is a big part of the history of the City of Prince George and the entire region." 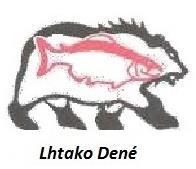 "The main community of the Lhtako Dene Nation is on the Quesnel Indian Reserve #1 on the left bank of the Fraser River just outide of Quesnel, BC.  Lhtako or Red Bluff is a Carrier (Dakelh) community."